Mike Jones was appointed clinical lead for the acute and general medicine workstream in July 2017 and endorsed by the Royal College of Physicians of London and the Society of Acute Medicine. He is supported by clinical advisor Philip Dyer. Darren Best (darren.best1@nhs.net) is the project manager. You can read more about the appointment of clinical leads here. 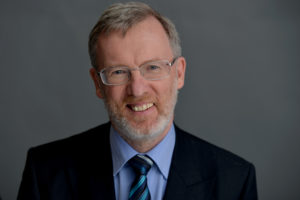 Dr Jones practised as a consultant in renal medicine in Tayside from 1992 to 1999. He was clinical group director and deputy medical director but became involved in acute medicine in 1994, and has been central to the development of the specialty since. He was,
sequentially, secretary, vice president and president of the Society for Acute Medicine (1999 to 2007) and was the educational lead for almost two decades. Having achieved specialty status for Acute Internal Medicine (AIM) in 1999, Mr Jones was inaugural Chair of the AIM Special Advisory Committee (SAC) and member/secretary of the SAC in General Internal Medicine (GIM).

Dr Jones is a Fellow of all three Royal College of Physicians and was Dean of the Royal College of Physicians of Edinburgh (2004 to 2009, then vice president from 2009 to 2013), and is now director for both training and standards. He was national specialty advisor to
the CMO in Scotland for General Medicine from 2010 to 2012. He was lead for development of broad based curriculum for core training 2010 to 2012, and Chair of UK Governance Committee for Broad Based Training 2012 to date. In addition, he is involved in a variety of national initiatives including education lead for the acute kidney injury programme ‘Think Kidneys’, and lead clinician and editor of ACUMEN, a Department of Health e-learning project.

Dr Jones said: “I regard this as an exciting opportunity to make a contribution to the shaping of acute and general medical services nationally by helping clinicians engage in the use of their own data to compare with the evolving evidence base using peer to peer
discussion and review – this will promote efficient and effective patient-centred care for those presenting with acute medical illness to hospitals across England.” 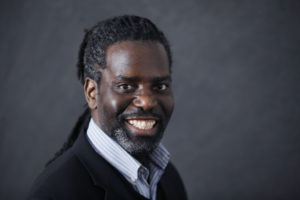 Dr Philip Dyer qualified in 1991 and has been a consultant physician in general medicine, diabetes and endocrinology at the Heartlands Hospital in Birmingham since 2001. He was appointed to Heartlands Hospital to develop its acute medical service and therefore developed its AMU from scratch. He was on the council for the Society for Acute Medicine for 11 years, culminating in becoming president from 2009-2011 and past president for two years after that.

Dr Dyer was involved the development of Acute Internal Medicine (AIM) as a specialty. He was a member of the special advisory committee (SAC) for GIM and AIM, as the curriculum lead for AIM. He is a Fellow of the Royal Colleges of Physicians of London and Edinburgh. 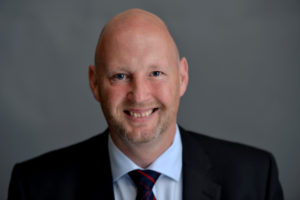