The clinical leads for the diabetes workstream were appointed on 18th July 2017 and endorsed by the Association of British Clinical Diabetologists. You can read more about the appointment of clinical leads here.  Yvonne Frewin (yvonne.frewin1@nhs.net) is the project manager for this work stream.

Please click here to find links to useful websites for examples of good practice in diabetes care and treatment.

Consultant physician at the Diabetes and Endocrine Centre and the Diabetes Research Unit at Ipswich Hospitals NHS Trust. 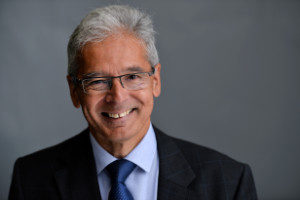 In addition to his current role, Professor Rayman has also been the National Clinical Lead for diabetes inpatient care and foot disease at NHS Diabetes and is the lead and innovator of the National Inpatient Diabetes Audit. He has also been Chief Medical Advisor to Diabetes UK and Immediate Past President of the Endocrine and Diabetes Section of the Royal Society of Medicine. He is the Chair of Diabetes UK’s Clinical Study Group for Acute Diabetes Care.

With colleagues in the East Suffolk and Ipswich CCG he was instrumental in developing the Integrated Diabetes Service in 2014, which has been a major success in improving the diabetes services for local people and recognised by a Healthcare Transformation Award for innovation in diabetes care (2016). He has also developed the Diabetes Inpatient Care and Education (DICE) programme which has significantly improved inpatient care at Ipswich Hospital and has won several awards including the Diabetes UK Education Award (2017), Rowan Hillson Award (2016), Quality in Care Diabetes Awards (2012 & 2015), and a HSJ Patient Safety Award (2012).

Professor Rayman said: “I am delighted to be appointed to this role as I am passionate about improving the services available to people with diabetes and endocrine problems and I am keen to work with my colleagues to achieve this. I strongly believe that they will welcome working with the GIRFT programme as a means of facilitating safer and cost-effective care for their patients.”

As well as his work with GIRFT, Professor Kar is the National Specialty Advisor for Diabetes with NHS England. He also holds a full time job as a consultant in Portsmouth. Among his work, he has helped enable access to freestyle libre in the NHS, as well as ensuring continuous glucose monitoring (CGM) will be available for all Type 1 diabetes patients in pregnancy from 2020.

He has also led on developing the Language Matters document along with the Type 1 diabetes information portal on NHS Choices. Locally, he has helped develop the Super Six Diabetes model of care, adopted by many areas within the NHS, and is the co-creator of TAD talks (Talking About Diabetes) and the Type 1 Diabetes comic (Origins) – while also involved in setting up a Type 1 Diabetes information portal (T1resources.uk) and Type 1 diabetes: Rise of the Machines –looking at DIY technology.

Other work has involved him negotiating changes to GP contracts based on frailty and revised diabetes targets, developing a virtual reality programme to improve hospital safety and starting work on increased mental health access for diabetes patients across the NHS.

Dr Kar said: “I am excited to take on this role as it gives, for the first time, a real opportunity to tackle variations in diabetes care in specialist units, looking at areas such as safety – which would go a long way to improving diabetes care in the NHS.” 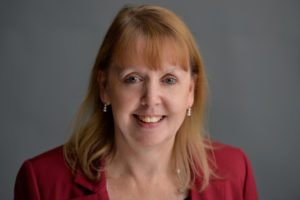