The clinical lead for the endocrinology workstream was appointed on 18th July 2017 with the endorsement of the Society for Endocrinology. Jenny Littlewood (jenny.littlewood1@nhs.net) is the project manager for this workstream. 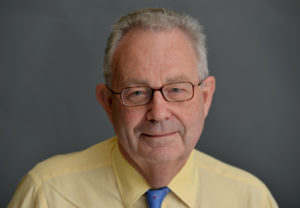 His research interests include all pituitary tumours, especially acromegaly, adrenal disease, angiogenesis in endocrinology, and the genetics of osteoporosis and thyroid disease.

In 2017 he received the Lifetime Achievement Award by the Pituitary Society in the USA. He has won a number of prizes and given named lectures including the Jubilee Prize of the Society for Endocrinology. In June 2015 awarded the Distinguished Physician of the Year Award by the American Endocrine Society; the first non-American to ever receive this award. He was Academic Vice President of the Royal College of Physicians in London, from August 2012 until August 2015. He chaired the Royal College of Physicians Working Party ‘Action on Obesity: Comprehensive Care for All’ published in January 2013, and has been involved in improving services for patients with obesity. John recently he presented the acclaimed documentary ‘The Fantastical World of Hormones’ on BBC4.

Among his charitable activities, he is Patron of the St Paul’s Way School (with Professor Brian Cox) and he founded the Pituitary Foundation.

John said: “ This is a wonderful opportunity to work with colleague endocrinologists to attain widespread best practice for optimum patient outcomes’

Q: How did you first become interested in endocrinology? I first became interested when we started doing pancreatic transplants in diabetics in 1973 at King’s. I initially wanted to do diabetes but then got stuck in endocrinology, which I enjoyed because it can be a lot of fun and has a lot of curable diseases.

Q: What excites you most about your specialty? The fact that I can get people better. You are often dealing with young people and can get them back to a very productive life. In fact, you can affect their whole lives, perhaps by helping them to get pregnant or to grow to a normal stature.

Q: What has been the highlight of your career to date? Being appointed as Professor of Endocrinology in Oxford University because I was able to get a large amount of research going in a busy department that had not previously been research orientated.

Q: Who or what inspires you? I am inspired by trying to be efficient, energetic, enthusiastic… and never boring.

Q: How do you relax? Music helps me relax. In particular I love opera, because it transports me into a temporarily unreal world, which is very therapeutic. My favourite is La traviata – it would have had happy ending with anti-tuberculosis chemotherapy. 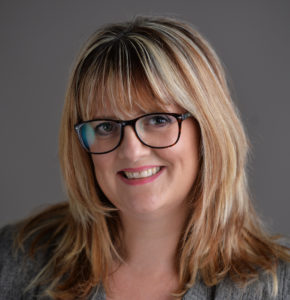