GIRFT has published a follow-up report on the orthopaedics specialty, which looks back at the substantial improvements seen in orthopaedic services since Professor Briggs held his first deep-dive visits to trusts in late-2012. 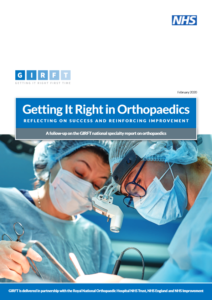 The follow-up report’s findings show evidence of substantial improvement against all the key GIRFT metrics, meaning that the NHS is providing better quality orthopaedic care and getting better value for money. The headline findings include:

The initial Orthopaedic Surgery review established the GIRFT methodology and became the pilot for the current programme. Professor Tim Briggs and his team visited over 140 providers, covering more than 200 hospital sites. His original report coined the term “Getting It Right First Time”.

The British Orthopaedic Association has co-badged and endorsed the GIRFT national report on orthopaedics and the GIRFT programme is one of the key strands of the BOA’s Practice Strategy. Click here or on the logo below to read more information about the BOA or to register for its Centenary Annual Congress. 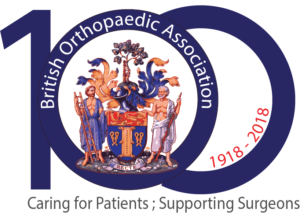 The report included a raft of recommendations, many of which have been adopted by orthopaedic trusts and delivered real benefits:

In a survey carried out by the NHS more than 70 of the trusts visited during the orthopaedic review responded: they reported total savings of between £20m and £30m for 2014/15 as a result of adopting GIRFT’s recommendations. If extrapolated across the more than 140 providers visited, these savings would increase to an estimated at £40m to £60m. Furthermore, the trusts that responded forecast a further £15m to £20m of savings for 2015/16, estimated at £30m to £40m if replicated across all the orthopaedic trusts.

Professor Briggs is currently carrying out revisits of all the trusts he visited during the first review to gauge changes and improvements since the initial GIRFT report. For further information, please contact project manager Georgina Godfrey (georgina.godfrey2@nhs.net).

NB: from April 2019, Georgina Godfrey will be on maternity leave. Please contact Rebecca Dooley at rebecca.dooley2@nhs.net. 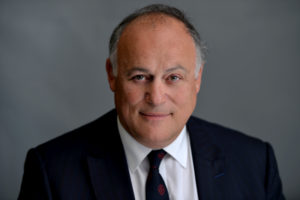 Professor Briggs qualified from The Royal London Hospital in 1982 with honours in surgery and a number of prizes. After his senior registrar training he was appointed to the Royal National Orthopaedic Hospital as Consultant in 1992. His specialist interests are in orthopaedic oncology as well as surgery to the hip and knee. He was Medical Director at the RNOH for 15 years, ensuring a re-build and was President of the British Orthopaedic Association in 2014.

He was appointed as National Director for Clinical Quality and Efficiency for NHS Improvement in September 2015 and was asked to lead and roll out his GIRFT methodology, developed in orthopaedics, across all surgical and medical specialties within the provider network.

In January 2019, he was appointed to the role of National Director of Clinical Improvement for the NHS, working with Hugh McCaughey to oversee the delivery of support to the NHS to help reduce unwarranted clinical variation, improve quality and access, and ensure the most efficient use of resources.

Professor Tim Briggs was made a Commander of the Most Excellent Order of the British Empire (CBE) in the 2018 New Year’s Honours List for services to the surgical profession. 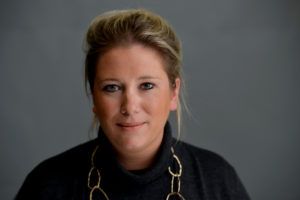