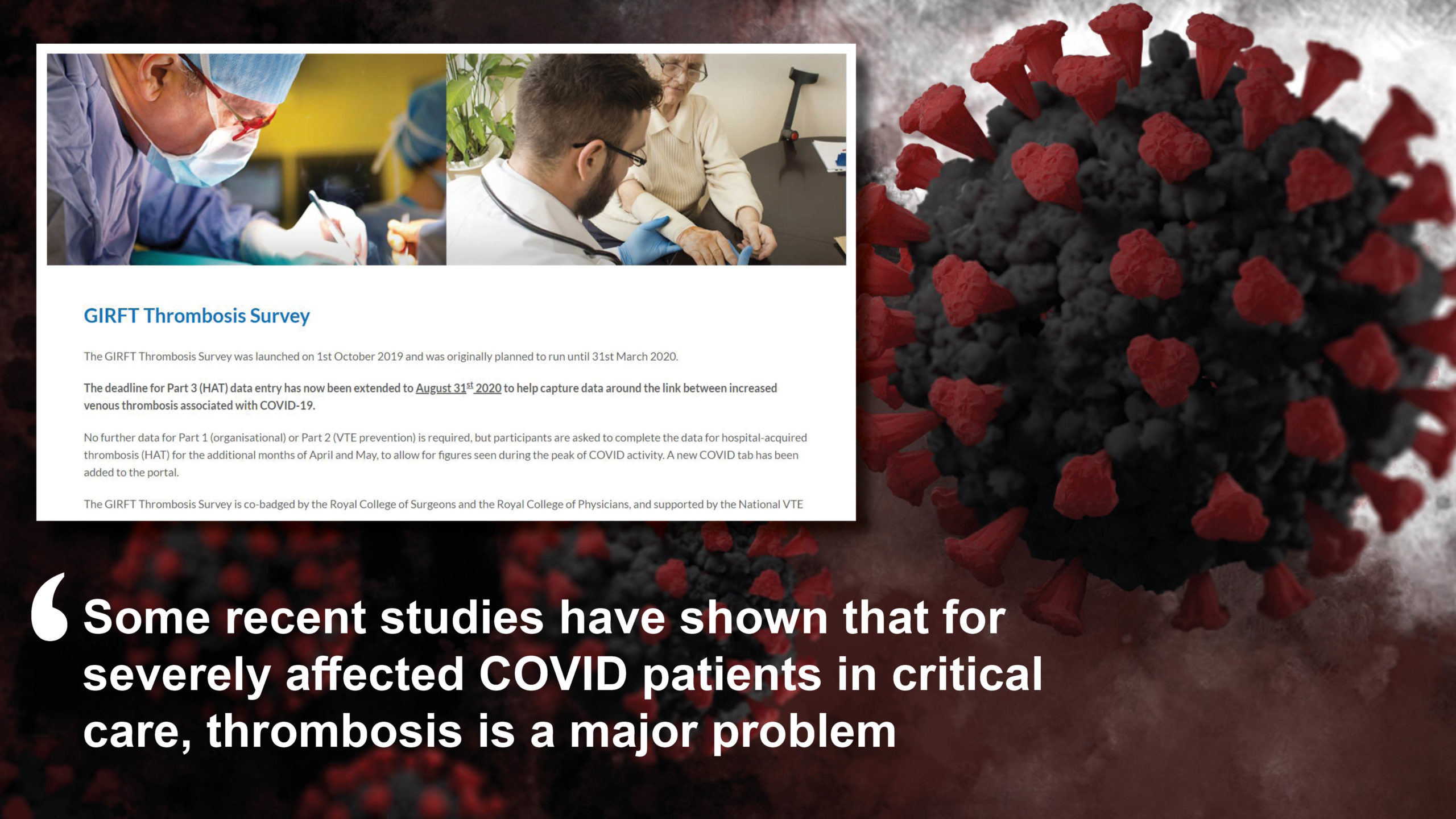 A survey on rates of thrombosis in England’s hospitals has been extended to help capture and learn from data on increased venous thrombosis in COVID-19 patients.

The Getting It Right First Time (GIRFT) Thrombosis Survey was launched in 2019 to gather information on hospital-acquired thrombosis (HAT), with the aim of determining how many cases might be preventable and identifying good practice among trusts.

In March 2020, doctors worldwide began reporting higher rates of blood clots in patients admitted to hospital than they would normally expect, including micro-clots in the lungs of some COVID-19 patients and increased cases of deep vein thrombosis.

The GIRFT Thrombosis Survey, which was due to capture data to the end of March, was extended to include the months of April and May to allow for figures seen during the peak of the COVID activity. Participants in trusts now have until August 31st 2020 to input their data before the survey portal closes.

The survey is co-badged by the Royal College of Surgeons and the Royal College of Physicians, and supported by the National VTE (venous thromboembolism) Exemplar Centres Network in collaboration with Thrombosis UK. It was developed by professor of thrombosis Professor Roopen Arya and consultant haematologist Dr Lara Roberts – both of King’s College Hospital NHS Foundation Trust, London.

In an interview for the BBC in May, Professor Arya said:

“One in three patients who fall severely ill with coronavirus develop dangerous blood clots that may be contributing to their deaths. The clots, also known as thrombosis, can become fatal if they migrate to major organs in the body and cut off their blood supply.

“Some recent studies have shown that for severely affected COVID patients in critical care, thrombosis is a major problem. The data showed that nearly half the patients have pulmonary embolism or blood clot on the lungs.

“Clots that start in the lower body can migrate to the lungs, causing a deadly blockage called a pulmonary embolism – a common killer of COVID-19 patients.  Blockages near the heart can lead to a heart attack, another common cause of death in infected people and clots above the chest can cause strokes.”