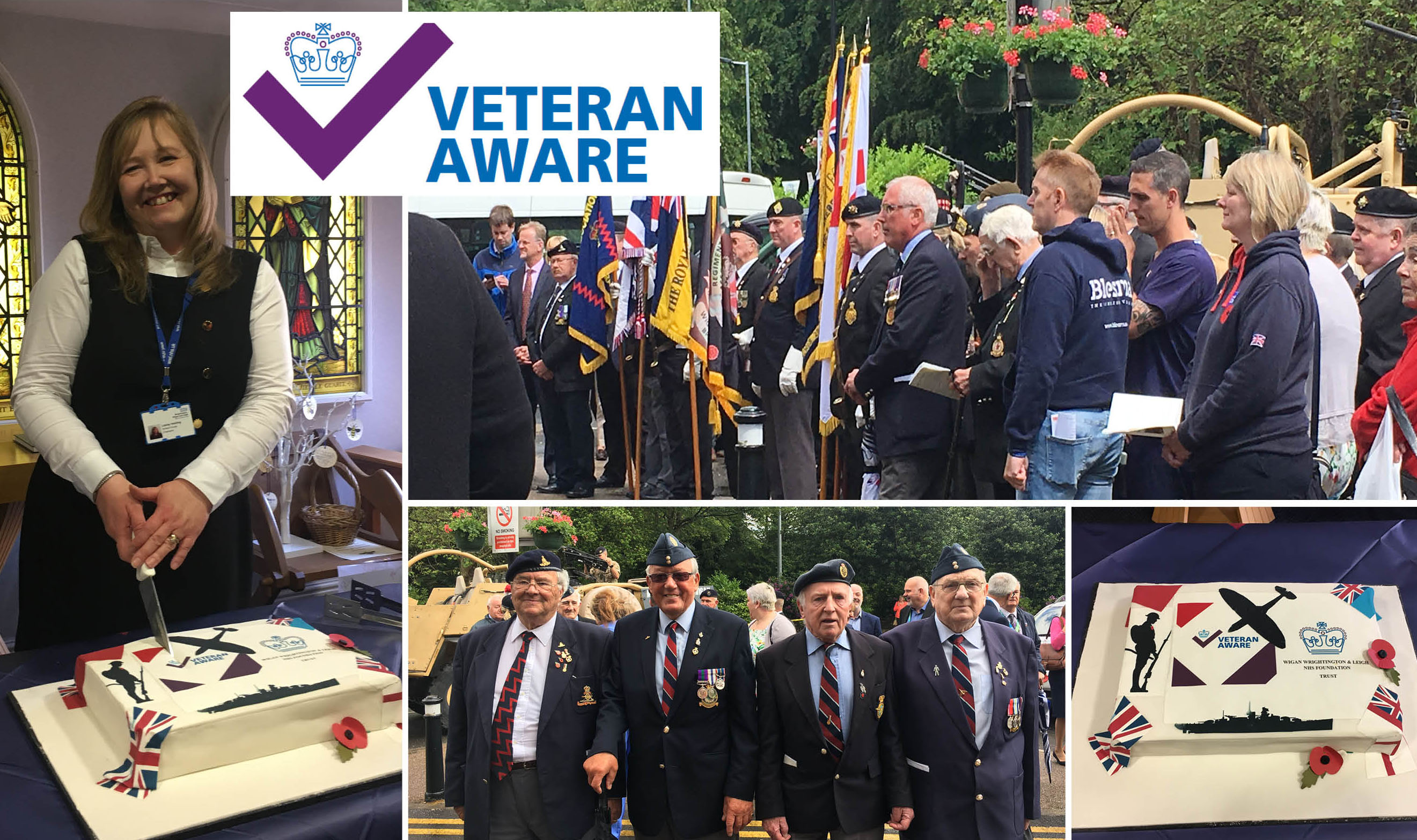 Wrightington, Wigan and Leigh NHS Foundation Trust (WWL) marked its accreditation as a Veteran Aware hospital with a special flag raising ceremony on the 75th anniversary of the D-Day landings.

The Veteran Aware title, which was awarded to the trust in November 2018 by the Veterans Covenant Healthcare Alliance (VCHA), is now held by 33 NHS providers across the UK.

The ceremony began with a rendition of Lean on Me by the WWL Wings Choir. The trust’s new Veteran Aware flag was then blessed by the hospital Chaplain before being raised on a pole outside WWL’s Wigan A&E department.

Local veterans, volunteers and staff joined in the celebrations and were treated to lunch and refreshments, including a celebratory Veteran Aware cake, which was cut by the trust’s armed forces champion, Lesley Holding.

As part of the Veterans Covenant Healthcare Alliance, WWL has made a commitment to the care of current and former servicemen and women.

WWL also holds a bronze award from the Defence Employer Recognition Scheme and has developed training materials for staff on supporting the armed forces community.

The VCHA was inspired by Captain Noel Godfrey Chavasse VC, a doctor who gave his life rescuing men on the battlefields of the First World War. In 2014, orthopaedic surgeon and GIRFT chair Professor Tim Briggs CBE wrote The Chavasse Report on improving armed forces and veteran care while raising NHS standards, which recommended establishing a support network of hospitals. The resulting VCHA works closely with NHS England and NHS Improvement, service charities and the Ministry of Defence.

The VCHA announced eight newly accredited trusts at its annual workshop in May and is working with many more looking to become Veteran Aware.

More information on our work with the VCHA is available here.